Recently, many cases of  unmanned aerial vehicles (UAVs or drones) invading airports or flying in the route of airplanes have been reported. In some cases, the invasions caused millions of dolars in loss due to the airport runway closure. In other cases, the drones also hit the airplanes putting lives at risk and also causing damage. In the LASP we apply the theory of array signal processing for the detection of drones.

In the case of relative power diference an array of directional antennas is used. Each antenna points towards a different direction so the antenna with highest power gives a clue about the position of the drone. Afterwards, power measurements are processed to give more accurate estimates. The picture of an experiment using this type of antenna array is shown in Figure 1b. An example with the estimated DoA using a directional antenna array is seen in Figure 2. 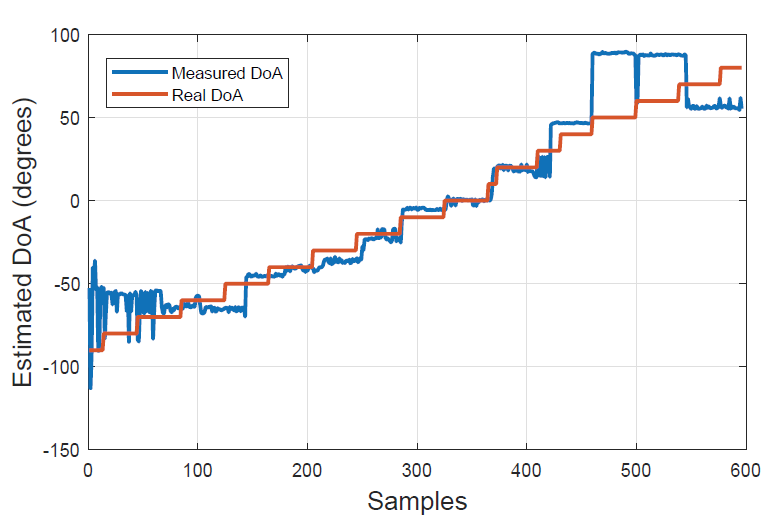